Today’s brief post is an homage to Chick Corea, one of the great jazz pianists, who passed away in 2021. I was fortunate to catch Chick’s concert with the Oregon Symphony about a year before his death. Still spry in his late 70s, wearing tennis shoes, and refreshingly humble, he wowed the audience with his playing, which included an improvisatory rendition of George Gershwin’s Rhapsody in Blue.

One of my favorite jazz albums of all time is Chick’s Light As A Feather. On the album he plays electric piano, which has its own distinctive strengths as a keyboard instrument. On Spain, the last tune (and probably his biggest hit), Chick improvised what is surely of the greatest recorded jazz solos of all time.

If you like Light As A Father, also try Play, Corea’s live recording with singer Bobby McFerrin. 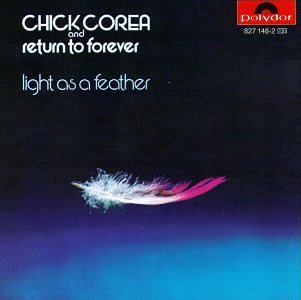